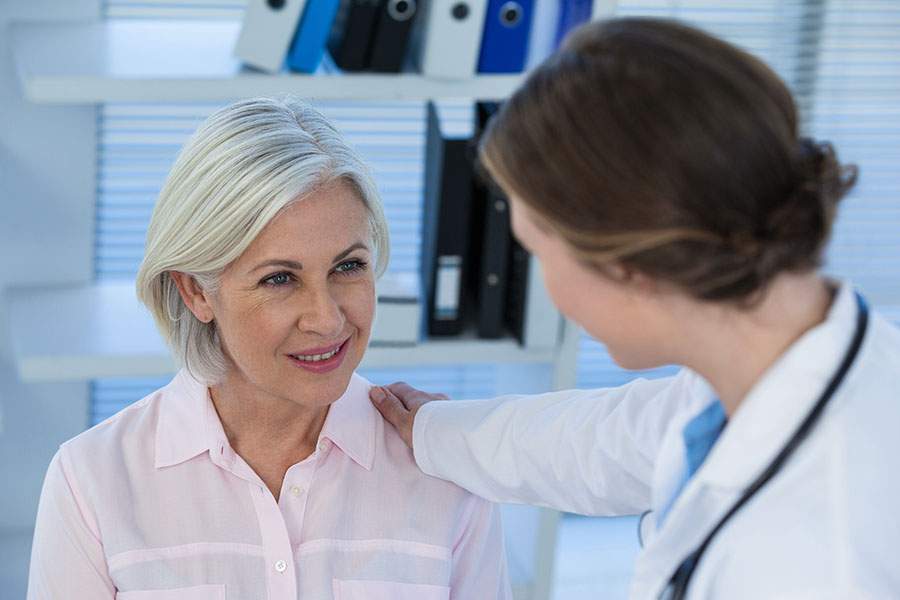 Everything You Need to Know About Endometrial Cancer

Endometrial cancer may sound unfamiliar but really it’s cancer of the uterus lining. If you or someone you love has been diagnosed with endometrial cancer, there are some common questions that we can help answer, starting with an understanding of what it is and the types of treatments that are usually a part of the process.

Is Endometrial Cancer the Same as Uterine Cancer?

Most doctors will refer to endometrial cancer as uterine cancer. That’s because it’s the most common type of uterine cancer, affecting the lining inside the uterus called the endometrium. There is also uterine sarcoma that grows in the actual uterine muscle, but it’s much less common.

While we don't particularly know what causes endometrial cancer there are a few things that put some women at a higher risk than others including:

Can You be Screened for Endometrial Cancer?

There is no official screening test for endometrial cancer like there is for cervical cancer with the PAP test. Because of this, it’s important to know your body and any changes you might experience. If you’re experiencing abnormal vaginal discharge – bloody or not – or if you feel like you’ve bloated in that area, it’s best to see your gynecologist. Let them know when you book the appointment that you’re having unusual symptoms so they can get your appointment quicker than a regular annual exam.

Your doctor will do an exam and possibly run some imaging tests to see if they feel or see anything abnormal in your pelvis.

What are the Stages of Endometrial Cancer?

Endometrial cancer has identified stages just like any other form of cancer. Once you have been diagnosed, your doctor will look at how far the disease has progressed. This is typically done through a series of tests and scans, like a CT scan, blood work, PET scan, and/or ultrasound.

Can Endometrial Cancer be Cured?

The earlier cancer is found, the better the outcomes usually are. This means that if you notice something unusual, it’s best to have it looked at quickly. If it’s cancer, the cells don’t start to grow into other areas of the body, making it harder to treat.

The overall 5-year survival rate of endometrial cancer is 81% with it being closer to 95% for women who find it before it’s moved outside of the endometrium. There are usually one or more treatments involved for endometrial cancer patients.

A gynecologic oncologist is typically the primary cancer caregiver and is usually also the surgeon who will remove the uterus and any nearby organs like the fallopian tubes and/or ovaries, depending on the stage of the cancer. During the removal, surrounding areas will also be evaluated for any damage or spread of cancer.

Radiation therapy is commonly used after removal of the uterus to be sure any left over cancer cells in the region are killed. External beam radiation is not invasive and targets a beam at the location of the cancer.  Intracavitary brachytherapy is sometimes used by placing a tube into the vagina with a radioactive substance that treats the area from the inside. The right treatment for you will be decided by your oncology team including a radiation oncologist who specializes in treating cancer with radiotherapy.

What to do After a Uterine Cancer Diagnosis

If you or someone you love has been diagnosed with endometrial cancer, it’s important to get to a gynecologic oncologist quickly who will assess your specific case to see which treatments are needed, and in which order. If radiation therapy is a part of the treatment plan, remember that you can choose your radiation oncologist and where you receive treatment. Our team is located throughout the greater Atlanta area to make cancer treatment as easy as possible.