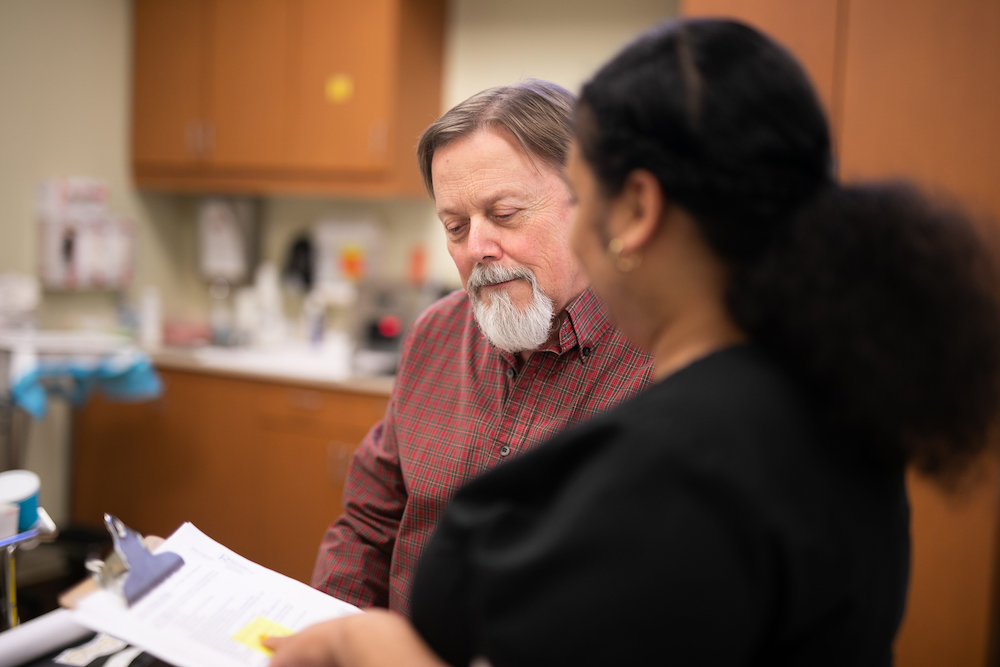 Can Lung Cancer Come Back?

Lung cancer can come back, which is called a recurrence. This is something cancer patients often think about after they’re told that no more evidence of cancer can be found.

A lung cancer recurrence may develop if some of the lung cancer cells are left behind after treatment is complete. These could be undetectable at the time that the initial lung cancer treatments were completed and tests were run.

How Likely is My Lung Cancer to Return?

If you initially had non-small cell lung cancer, the rates of recurrence range dependent on stage.

After successful treatment, recurrence can happen within six to eight months or within two years.

Most patients with small cell lung cancer, which is a more aggressive type of lung cancer, will have a lung cancer recurrence. This typically happens within 1-2 years of the first diagnosis.

In some cases the recurrent cancer can be treated into remission.

Where is Lung Cancer Most Likely to Recur?

Fortunately, lung cancer recurrence typically happens in some key areas so your oncologists already know where to watch.  These areas include:

The highest likelihood for recurrence of lung cancer is within the first five years. During this time, it is important to continue routine screening to catch any new or recurring cancer as early as possible. Don’t skip any of the follow up appointments or scans, and it’s best that you do not smoke.

Recurring cancer symptoms depend on where the cancer is located. If it recurs in the lungs, you can have the same symptoms as your initial lung cancer, including:

Recurring lung cancer that develops elsewhere in the body can cause a variety of symptoms, such as:

Any of these symptoms are important to talk to your oncologist about. However, there are some patients who don’t have any symptoms when their lung cancer returns. That’s why going to your follow up appointments at the cancer center is important.

Recurring Cancer vs a Second Cancer

Recurring lung cancer is not the same as a second cancer, which develops after your initial cancer but is not related to it. A second cancer is a different type of cancer that develops in a different kind of cell. Having two primary cancers is very rare.

Lung cancer patients have an increased risk of developing one of these types of cancer as a second cancer:

Can Recurrent Lung Cancer be Prevented?

It is possible to reduce your risk of recurrent lung cancer by improving your health status, but there is no sure way to avoid it from coming back.

Many types of recurring lung cancer can be slowed to provide a better quality of life. While it is disheartening to have cancer a second time, remember that you will have several essential advantages to fight cancer this time.

If needed, the radiation oncologists at Radiotherapy Clinics of Georgia offer radiation therapies to help treat your lung cancer. If you would like more information, fill out the form to see if our doctors can help you today.